In California, peak wildfire season typically occurs in September and October.  In 2020, August 15 marked the start of an unusual series of events in California that have morphed into dozens of out of control wildfires impacting the central and northern areas of the state.

Since August 15, more than 770,000 acres of mostly unpopulated land have burned across the northern half of California. Numerous wildfires started by lightning strikes have raced across extremely dry vegetation. Many cities ranging from Fresno to Redding now have wildfires raging literally on their doorsteps. Some of the wildfires have grown large enough to rank among the 10 largest wildfires ever recorded in California history.

The worst part is Southern California, which historically absorbs the violent brunt of wildfires, is another tinder box waiting for the right spark to ignite the region.

Starting on August 15, emergency responders worked day and night to evacuate residents at high risk of falling victim to the rapidly approaching wildfires. Many fires have jumped across major California highways, as well as Interstate 5 at several points along the north-south national highway. A wildfire called the CZU Lightning Fire forced the evacuation of nearly 75,000 residents. According to the California Department of Forestry and Fire Protection (Cal Fire), many of the displaced residents might not return home for weeks, if not months.

As of August 21, 2020, California officials have linked five deaths to the wildfires. State government emergency planning agencies recommend everyone living in the Golden State prepare to relocate by organizing a bag of clothes and other daily necessities. “The public needs to be prepared and have a plan and have a go bag,” said Brice Bennett, public information officer for Cal Fire. “This is showing us we can have wildfires anywhere.”

How Did the Fires Start?

A rare combination of weather conditions set the stage for the central and northern California wildfires. The first weather event was record-setting heat across the entire state, with temperatures exceeding 130F in Death Valley for the first time in several decades. A thunderstorm system that sparked 12,000 lightning strikes. Throw in the third factor of an extended drought, and the perfect storm formed for the wildfire outbreak.

One of the wildfires generated a fire tornado that spewed smoke more than 30,000 feet into the air, which forced several flights to make changes to their route itineraries. The National Weather Service out of San Francisco issued the first alert ever in the state for a fire tornado. According to a spokesperson at the San Francisco office of the National Weather Service, the lightning strikes that sparked the wildfires were considered a rare weather event in the Bay Area.

The Scope of the Devastation

Combined with the fires raging in adjoining states, the California wildfires have produced a thick blanket of smoke that covers at least 10 states, a large swath of southwestern Canada, and dozens of miles offshore in the Pacific Ocean. The state-issued mandatory evacuations for more than 50,000 residents living in San Mateo and Santa Cruz counties. As the largest of the wildfires, the LNU Lightning Complex has devoured 219,000 acres and destroyed more than 500 structures. California emergency planners estimate up to 30,000 structures remain at high risk.

As of August 23, here are the four major areas experiencing wildfires:

Twenty different fires have merged into a massive wildfire threatening residents in San Joaquin, Santa Clara, and Contra Costa counties. The wildfire has destroyed 230,000 acres, which represents an increase of 85,000 acres over just two days. Firefighters have contained about 10 percent of this wildfire.

As the most worrisome wildfire because firefighters have it zero percent contained, the CZU August Lightning Complex has forced nearly 50,000 people to leave their homes. Fifty structures have succumbed to the intense heat, with more than 20,000 more structures in the direct path of the fast-spreading blaze.

One area of concern that has not received much media coverage is in Monterrey County near the Pacific Coast, where a fire has wiped out nearly 40,000 acres. Fierce winds make this wildfire a huge concern for state officials. 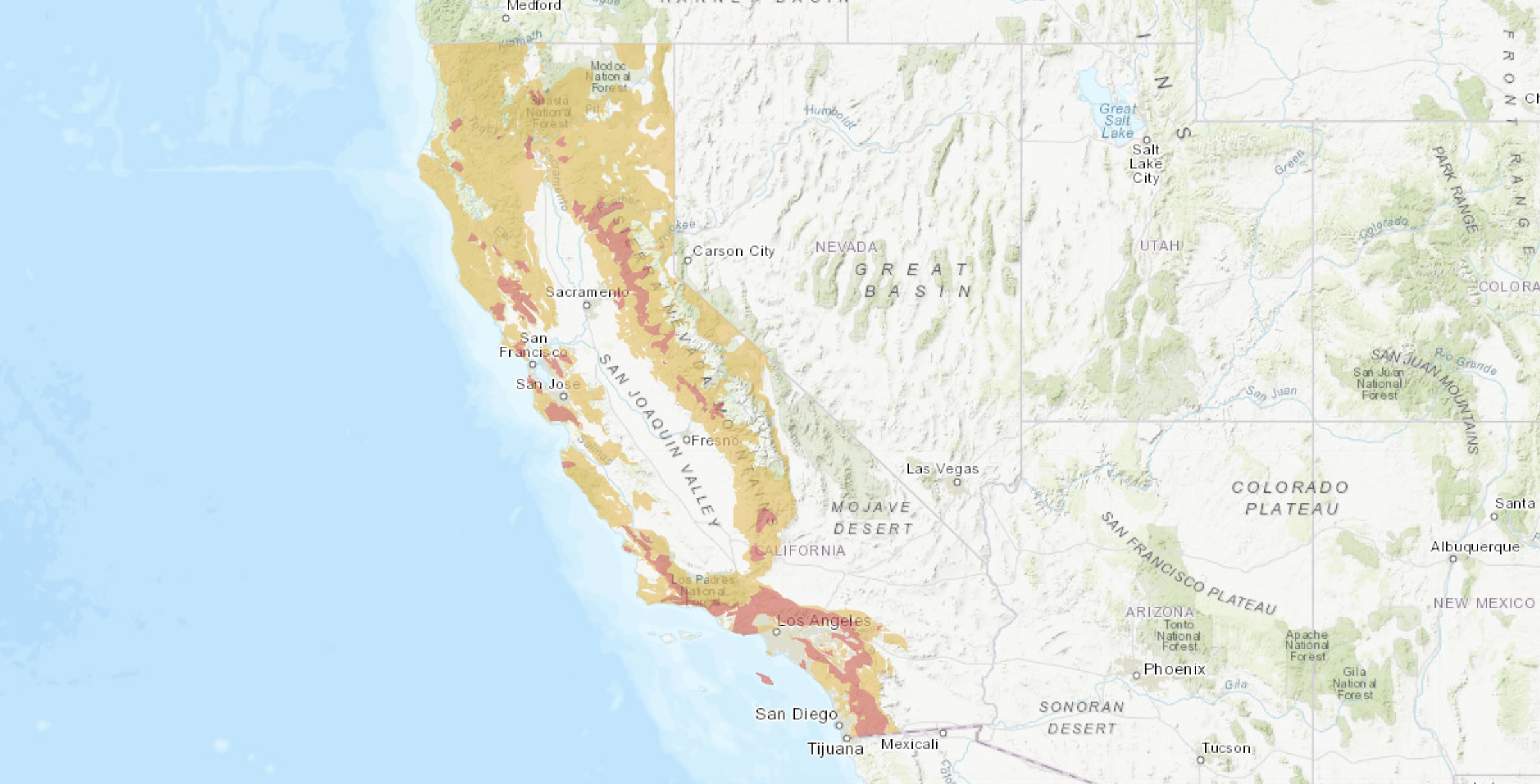 An uptick in wind speeds combined with humidity levels declining in some areas into the single digits has led the National Weather Service to issue a high-risk warning for wildfires moving forward until the end of August.  Additional lightning strikes are possible keeping an elevated risk of new fires in the extraordinarily dry wilderness areas of northern California.  In response to this elevated risk the National Weather Service has issued Red Flag warnings across numerous California locations.  To search for local forecasts and active severe weather warnings, click here.

Stay on top of the latest news concerning the wildfires raging in California by accessing the state’s informative website.