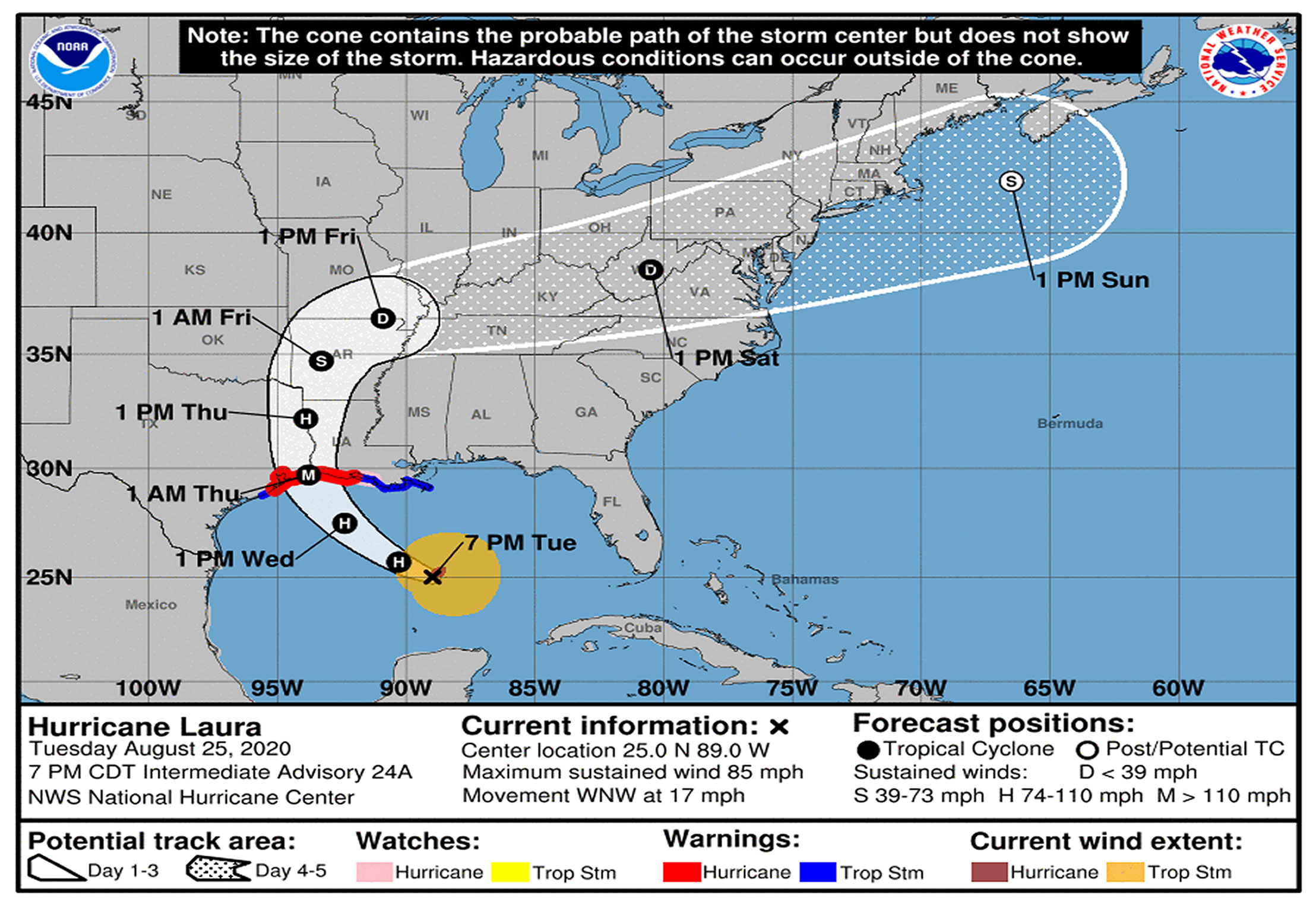 There is a danger of life-threatening storm surge with large dangerous waves producing potentially catastrophic damage from San Luis Pass, Texas, to the Mouth of the Mississippi River, including areas inside the Port Arthur Hurricane Flood Protection system.  This surge could penetrate up to 30 miles inland from the immediate coastline in southwestern Louisiana and far southeastern Texas.  Actions to protect life and property should be rushed to completion as water levels will begin to rise on Wednesday.

The threat of wingspread flash and urban flooding along with small streams overflowing their banks will increase due to heavy rainfall Wednesday night into Thursday from far eastern Texas, across Louisiana, and Arkansas.  This will also result in minor to isolated moderate river flooding.  The heavy rainfall threat will spread northeastward into the middle-Mississippi, lower Ohio and Tennessee Valleys Friday night and Saturday. 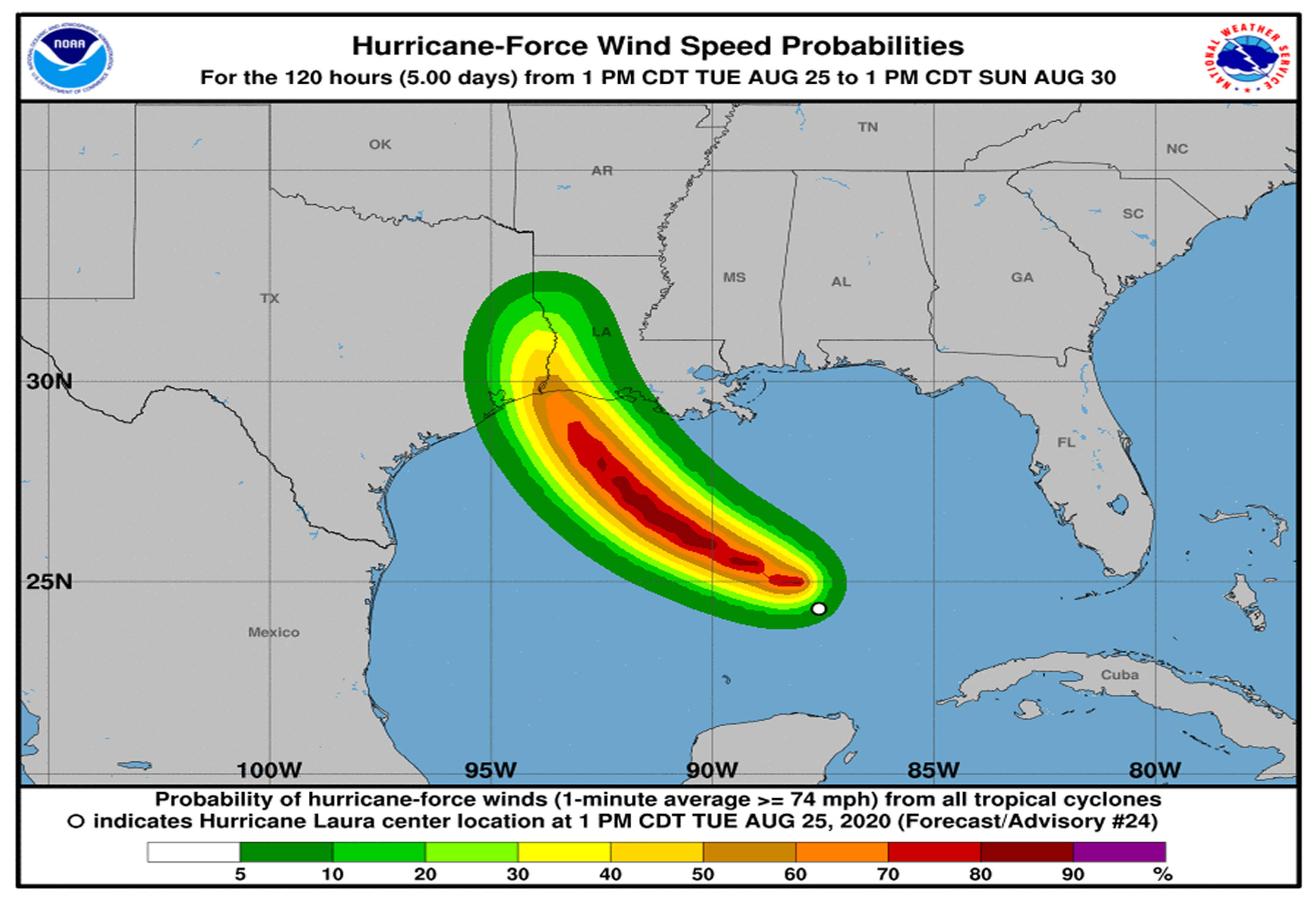